Is it a Chinese socio-economic experiment for what could potentially be possible? 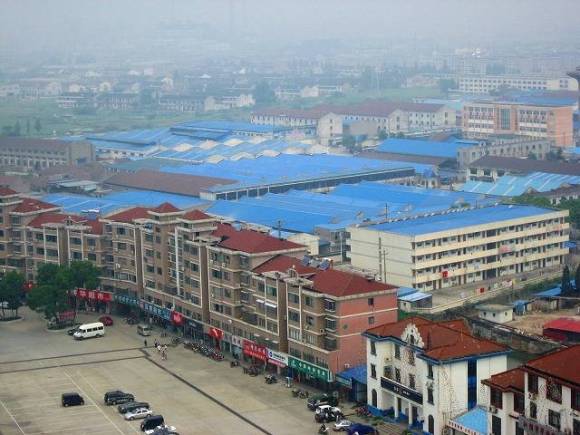 You can call it whatever you want – Communist Utopia, strange, whatever… It is located to the east of Jiangyin, Jiangsu Province and called Huaxi village. It’s a 24-acre community and was founded by Wu Renabo, who was the former secretary of the Huaxi Village communist party committee.

Huaxi used to be a poor farming community, but it has since been transformed into a multi-billion dollar conglomerate in the steel and shipping markets. The village’s steel, silk and travel industries have flourished, and this contributed to it’s $US9.6 billion profit in 2012. Part of the profit is divided among the stock-holding residents as a means to grow affluence.

The 2000 residents of this village enjoy free healthcare and education, luxurious houses and cars, free use of the city’s private helicopter, free use of facilities and dining expenses in the city’s luxury hotel, and at least it’s said there is $250,000 cash resting peacefully in the residents bank accounts.

The only catch though has been that the village works 7 days a week and you are free to leave though, but stand to loose everything too. Women and men over the age of 50 receive monthly pension with supplementary rice and vegetables.

In 2011, the village celebrated its 50th anniversary by erecting Longxi international hotel, a 238 meter skyscrapper that towers above everything else. The giant monument of a sky scrapper is able to fit all of the original residents as part of the design inputs that went into it. Residents stay at the hotel for free, while for non-residents your tab comes at $260/day. Yes!!

How do you feel about a similar concept where you are? Will you be happy and content becoming a resident? Share your thoughts…

“Call them out” –  One million corrupt Chinese officials punished