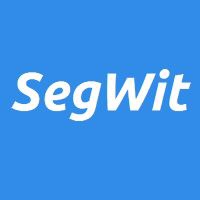 Bitcoin network data shows that 25 percent of nodes worldwide are now running code for Segregated Witness.
Proposed late last year as a means to scale the bitcoin network, the upgrade was released last month by the volunteer development community Bitcoin Core in the latest software version. SegWit was put forward in a bid to increase the network’s transaction capacity without increasing the block size limit, drawing both praise and criticism from some quarters of the community amid a contentious debate over bitcoin’s future.

Network data suggests that the software version including SegWit is the most commonly used among note operators.

Bitcoin startup 21 Inc reports that just over 25% of bitcoin nodes are running on the latest Core software – 0.13.1 – which includes the code for SegWit. By 21’s count, that’s 1,362 nodes out of a total of 5,436 nodes in total connected to the bitcoin network.

1204 nodes, roughly 22% of the network, is running version 0.12.1, with 964 or nearly 18% running on 0.13.0. Alternative bitcoin implementation Bitcoin Unlimited, which allows operators to set their own variable block size, is being run by 5.6% of the network, or 306 nodes, according to the data.

Despite support from a quarter of all nodes, SegWit isn’t yet activated across the network. In order for that to take place, 95% of all bitcoin miners need to adopt the software, followed by a grace period constituting 2,016 transaction blocks. Some in the bitcoin mining space have pledged to block the proposal unless there is movement on a bid to increase the block size.

7 Surprising Benefits Of Drinking Warm Water through your day…