The WeBike – the revolution of shared bicycles and the WeChat platform

Photos of a group of light green bikes with “WeChat” logos went viral on Tuesday over social media – the photos were taken at WeChat’s office park in Guangzhou.... 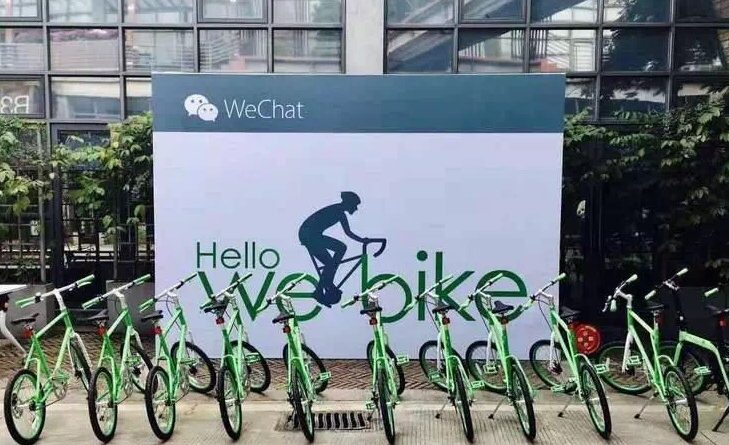 Photos of a group of light green bikes with “WeChat” logos went viral on Tuesday over social media – the photos were taken at WeChat’s office park in Guangzhou. Netizens wondered: is WeChat marching into the bike-sharing market?

The Official response from WeChat was no: “WeBike is offered to our employees, who can borrow the bikes and commute more efficiently in the office park,” the company said.

Currently, two major bike-sharing apps are fighting for slices of the Chinese market – they are Mobike and ofo, both of whom employ the scanning of QR codes to unlock bikes. In this regard, WeChat, with over 760 million monthly active users, does seem like it could be in a position to swallow the whole cake of China’s bike-sharing market.

Under an article about the “WeBike”, a netizen’s comment that received the most likes reads, “My guess is that the bikes are introduced to their employees for testing, and it’s only a matter of time before WeChat introduces the services to the public.”

Ordered from the Chinese urban bike maker 700Bike, the bikes appear simple in a way that pleases the eye. While you may wonder if those WeBikes, priced at RMB 3,599 (USD 532) for each, are probably too expensive for public sharing, it should noted that each Mobike unit costs RMB 3,000, compared to ofo’s RMB 500.

Nevertheless, whether WeChat users will be able to share WeBikes over WeChat, by investing in Mobike this October, Tencent has already entered China’s bike-sharing market. Ofo, on the other hand, has ride-hailing platform Didi and phone maker Xiaomi among its investors.

Mate 9 to the reacue as Note 7 hopefuls flee

Violence is just when kindness is vain.