The BRICS, its forming and the future!

How did the BRICS form and develop? BRICS is a grouping acronym referring to the initials of the five emerging national economies – namely, Brazil, Russia, India, China and... 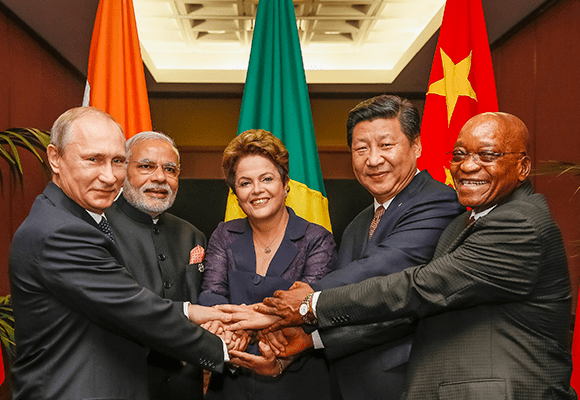 How did the BRICS form and develop?
BRICS is a grouping acronym referring to the initials of the five emerging national economies – namely, Brazil, Russia, India, China and South Africa. The name of the association evolved from the term BRIC coined by Jim O’Neill from Goldman Sachs in 2001. O’Neill wanted to signal that much of the world’s economic growth would soon be generated by Brazil, Russia, India and China.

In 2009, leaders from the four countries held their first meeting in Russia and vowed to enhance cooperation. A year later, in December 2010, South Africa was officially invited to become the fifth member of the group. The sub-Saharan African country had actively campaigned for an invitation and saw its inclusion in the group as a way to connect the BRIC economies with the African market. BRIC formally became BRICS at the third summit in Hainan, China in April 2011.

BRICS members are newly industrialized countries with a large population. Together they house 3 billion people as of 2015, or 42 percent of the world’s population. They are also characterized with an increasing influence on regional affairs. BRICS countries have a combined GDP of over 16 trillion US dollars – that’s 20 percent of the gross world product.

Trade between BRICS countries has been purported to reach over 350 billion US dollars in 2014, up 13 percent from 2012. The figure only accounted for 10 percent of the foreign trade volume of the five nations that year, which means there is potential for further trade contacts. ﻿Economic and financial cooperation aside, BRICS members also work closely in a host of issues, such as climate change, UN Security Council reform, and fighting poverty.

Incorporating new countries has proved controversial. O’Neill himself expressed doubt over the merit of South Africa’s addition, claiming that other countries with high growth, including South Korea, more adequately fit the description of a BRIC as he laid out in his 2001 paper. The Economist even suggested that South Africa’s inclusion took place to represent African countries in a way that kept the acronym intact and not as a result of comparative economic factors.

The BRICS model has evolved from investment lingo to a formalized network hoping to capitalize on the group’s collective promise in the wake of instability in the global economy. In doing so, it has taken on a greater geopolitical role, with aims to enact institutional reforms that shift global power. While initial discussions focused on the need to reform international institutions, including the IMF and the UN Security Council, recent developments center on creating a new institutional body. At the BRICS presidential summit in 2013, delegates agreed to establish a BRICS development bank which would serve as an alternative to the World Bank.

Heads of state of the 5 counties have also signed an accord to found a joint foreign exchange reserves pool called a Contingent Reserve Arrangement—similar to the IMF—which establishes an initial reserve of $100 billion and acts as an emergency option for BRICS countries with balance-of-payment troubles. Much of the fund will be provided by China, which will contribute $41 billion. Brazil, India, and Russia, will each contribute $18 billion while South Africa will contribute $5 billion. “It is a sign of the times, which demand reform of the IMF,” said Brazilian President Dilma Rousseff at the summit.