Xiaomi, the Chinese electronics company founded in 2010, is often regarded as the Apple of China. It became the world’s most valuable “unicorn” in 2014, with a private valuation... 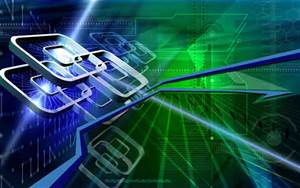 Xiaomi, the Chinese electronics company founded in 2010, is often regarded as the Apple of China. It became the world’s most valuable “unicorn” in 2014, with a private valuation of more than US$46 billion.
Though it is best known for low-cost, value-for-money smartphones, Xiaomi is not merely a smartphone manufacturer. It has been aggressively building an ecosystem of smart connected devices, including: smart TVs, air purifiers, sports cameras, VR devices, drones, and even smart rice cookers.

The company ensured customer satisfaction by incorporating user feedback to make frequent software and features updates. As a result, Xiaomi created a sticky fan base, known as “Mi-fans.”
However, it didn’t take long before Xiaomi’s sales began to slow down. Its sales dropped by 5 percent in Q1 of 2016 and 38 percent in Q2 of the same year.
It also fell out of the global top 5 brands in terms of smartphone sales. So what exactly happened?

Xiaomi’s mission statement is to offer affordable smart devices so people can enjoy the benefits of technology and connectivity at a lower price.
However, Xiaomi’s core initial customers now have a desire for more premium products. Despite clear evidence that Chinese customers are willing to trade up, the company continues to focus on the budget end of the market.
Xiaomi has also been focused on its young, tech-savvy consumers, marketing heavily through social media and online word-of-mouth. Consequently, its marketing efforts do not reach beyond its core fan base.
In addition, the majority of its customers are not devout Mi-fans. They buy its products based on their value without really embracing Xiaomi’s ecosystem. The company’s limited content has also failed to make return customers.

Chinese consumers have a broad range of brands to choose from and flock to whomever can offer them better value for money. Xiaomi has only had a few smartphone models on shelves for a very long time, which gives direct Chinese competitors like Oppo, Vivo, and Huawei room to steal the show.
General consumers have begun to lose track of what the company stands for and the benefits of joining their ecosystem.
To add to this, customers are increasingly frustrated by the company’s flash sales, hunger marketing tactics, and its inability to innovate independently. Its consistent mimicking of Apple’s image has become proof of its lack of innovation.

While Xiaomi has stuck to its non-traditional techniques, other Chinese competitors have leveraged traditional strategies to full effect. These competitors have offered better product features, stronger offline marketing, and a wider distribution channel. This allows them to grab a larger share of the Chinese consumer’s wallet.
Essentially, Xiaomi has been too slow to match its products with the fast-changing value propositions of young Chinese consumers, who aspire for a more individualistic and personalized lifestyle.
While Xiaomi has continued to expand its product portfolio, the brand has failed to maintain its hype and has become overly diversified. General consumers have begun to lose track of what the company stands for and the benefits of joining their ecosystem.

With the company’s recent expansion to emerging markets comes a new set of problems. Factors such as supply constraints, limited local market understanding, and legal issues have hampered their efforts overseas.
What did other Chinese players do?
Local competitors like Huawei, Vivo, and Oppo are focused on establishing premium brands. For example, Vivo focuses on high-end devices with leading technologies such as high resolution phones, fingerprint readers, and extra software features. The same can be said of Huawei, but more in the mid-end products range.
As Chinese consumers begin to trade up, these competitors are much better equipped to capture the market.

Xiaomi has traditionally sold its devices online to bypass costs of offline marketing, retail stores, and dealerships. In comparison, rivals such as Vivo and Oppo have heavily invested in traditional retail and distribution channels and expanded their dealership network.
These competitors have also managed to offer more effective and differentiated marketing. This includes product placement, out-of-home advertisement, brand ambassadors, and sponsorships for popular TV shows. For example, Oppo is the official phone partner of America’s Next Top Model.

Xiaomi is left in the unenviable position of trying to reestablish relevance amidst a highly competitive market.
Implications to Xiaomi and beyond
Xiaomi’s customer-centric, crowd-sourcing, community-driven approach and its founder’s mindset was once very well received among Chinese startups and even multinational companies. However, the initial hype seems to have faded, replaced by questions of the company’s value and long-term sustainability.

In a way, Xiaomi’s story demonstrates the speed, complexity, and dynamism of the Chinese context. The changing consumer landscape, hyper-intensive competition, and rapid technology development require companies to be alert at all times and to create sustainable competitive advantages.
Xiaomi needs to re-examine its strategy with a flexible mindset in order to avoid further market decline or even death.
With this story, many questions arise. Does this ecosystem approach work for every company? Could every industry take a lifestyle-driven, customer-centric business approach? How do you build a sustainable business in the new economy?

It is time for brands with Xiaomi-esque tactics to re-evaluate the sustainability of their consumer engagement approaches.

Realize the Hype with Hyperloop One in the UAE today!