This week in Fintech The Bitcoin money supply being worth as much as the M1 of several countries The Visa/Plaid deal DOJ anti-trust filing and the PayPal integration of... 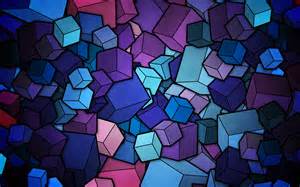 This week in Fintech

Welcome to the new world.

The symptoms have shifted. What we see prioritized now is different. We welcome the return of respect for expertise, the love of rigor and curiosity, and a pursuit of dignified equity. A lot of calories have gone into this transformation. Our mental map of the territory is remade. Let’s mark things to market so that we are able to walk forward again.

Yet, underneath it all is still the human swirl of chaos, organized only briefly into flashes of coherence and structure. The virus gorges on the social animal. The sovereign beasts continue to threaten each other with geopolitical, economic, and technological dominance. Markets still reflect financial constructions and schemes decoupled from the experience of the average person. High tech firms continue to build into software their addictive digital nation states. The vectors of change for software and money remain deeply anchored to the fractal of blockchain.

The election’s end — and perhaps its reminder of the fragility of political governance — has reinforced the value of Bitcoin. When the old world wobbles, the new one seems more safe by comparison. The price of the cryptocurrency rose to over $15,000, breaking again the $250 billion market capitalization barrier. You can compare that $250 billion to the M1 money supply of a number of countries (link here) — Poland, Belgium, or Austria.

Perhaps this was also driven by the much discussed move from PayPal, the payment processor, to finally incorporate Bitcoin into its currency options. PayPal connects to something like 25 million merchants and 350 million users. Reminder that Ant Financial has 80 million merchants and 1.3 billion users — more on that later. We think the PayPal news is interesting and promising, but still in early stages. Allowing the purchase and sale of a commodity using a third party trust company (Paxos) is quite different from using a currency for economic activity. But we are getting there.

For comparison, Visa today sits at about $420 billion in market capitalization, representing the discounted cash flows of owning a payment network. Its deal with Plaid, the data aggregation company, is on the rocks as the US Department of Justice files an anti-trust lawsuit to prevent the acquisition. Our prior write-up on the deal (link here) agreed with the logic of monopoly as it relates to Visa taking out a black-swan competitor. But we find the concept of blocking this deal on those grounds fairly absurd. A $100 million revenue data aggregation company is many steps away from offering a global payments network.

Let’s think about industry structure for a moment. The card network provides the payments infrastructure in the sense that it allows for money to move around on its network of nodes. Those nodes are financial or economic in nature, and speak in the language of money — banks, card issuers, e-commerce sites, point of sale terminals, regulators, and so on. You can send a little bit of messaging around, but primarily you are sending a financial instrument. And you don’t ask questions about the financial instrument. It simply is sovereign fiat. Value accrues to the network shareholder due to the small rent you take across all transactions.

Therefore, your incentive as Visa is to maximize the organizational share of all transactions by broadening the network across the world and into every technological sphere. Through scale, your network gets better for participants. You start saying “network of networks” and paying $5B for start-ups. A naturally occurring monopoly, like Facebook and Google.

PayPal is one layer higher up the stack. It is the check-out experience for a meaningful portion of the Internet. Square is the check-out experience for a meaningful portion of terrestrial small business. And so on. You can talk about payment processing and payment gateways and points of sale until everyone is confused. What’s nice about PayPal, and Stripe, and Square and generally that footprint of modern payments companies, is that they are software-native and have APIs and UIs. They integrate into things, and are part of the modern world. Most still ride the Visa or Marstercard “rails” and all prioritize the financial instrument of sovereign money. Their value accrues from aggregating the consumer or merchant footprint, and giving economic activity a way to flow in novel patterns.

So what comes next, and how does it relate to the above?

ConsenSys has been on a tear recently announcing 4 different CBDC projects on Ethereum infrastructure. Let’s briefly highlight those:

The discussion of CBDCs is often a stark reaction to the development of Facebook’s Libra private stablecoin / USD network, and the Chinese deployment and expansion of their national digital currency. The discussion often splits into (1) wholesale CBDCs, which largely reinforce and optimize the role of banking institutions relative to the central bank’s money management authority, (2) retail CBDCs, which would bypass the banks and go directly into the wallets of consumers. The first option is about efficiency and industry cost mutualization. The second is more deeply transformative, and analogizes more closely to owning Bitcoin and using it to transact.

In many of the projects above, there is a combination of a financial institution, a technology consulting firm, and a blockchain company coming together. ConsenSys brings forward enterprise Ethereum, which is a variant of the open source programmable blockchain optimized for a permissioned deployment with large transaction throughput. Unlike public Ethereum, which just launched the first phase of its scalability upgrade (Eth2), private permissioned networks scale more easily because you do not start with an open adversarial environment. Other examples of such enterprise networks would be IBM and Hyperledger Fabric, or R3 and its Corda technology, as the chassis for digital value transfer and settlement.

How should we contextualize Ethereum-based CBDCs relative to Bitcoin, Visa, and PayPal?

First, there is the actual network itself. Much of the current thinking is about the software protocol as the ledger. Where does the information actually live? Who hosts it? Who processes it? In the previous world, data centers and servers run by some firm (e.g., Visa or a cloud-provider like Google / AWS) hold a copy of the information and run software which performs computation about the transactions. In the current world, the blockchain is itself a set of some large number of duplicates of the data set, held by each of the network participants. In the case of programmable blockchains, those network participants are also each executing software programs, which are then synced across the entire system.

Making sure this network functions and reflects the requirements of a central bank, or other constituents, is a key part of standing up a CBDC. This is, we think, what most industry participants are really thinking about. But it is missing a large part of the story.

Take China. Its digital yuan has over 20 companies involved in development and launch, with a preferred spot given to the state-run banks (a detailed overview here). The state has been giving out free money to citizens in the form of the new currency to prove the viability of the concept. Yes, there can be discussion about the software architecture, centralization, and trying to combat the dollar. But the part that stood out most to us is a defensive posture towards WeChat and Alipay.

The digital yuan is the money — when it sits in a wallet on the phone, it is *merely* a financial instrument. When you transfer it around between participants, you are reconciling financial data with the data hosted by the central government. Financial institutions hold accounts at central banks and do this all the time, already. Don’t get us wrong, it is certainly disruptive. You could build taxation directly into consumer transaction flows, or implement universal basic income, or deliver Covid-related distributions with ease.

Still, it is an instrument.

Let’s come back to Ant Financial. The world’s largest IPO of $34 billion was 870x oversubscribed. Ant is a fantastic story of innovation, global technology and payments progress, and the digital growth of Chinese small business. And yet, the Chinese authorities shut it down and are forcing the company to return money to investors.

Read more by heading over to the Fintech Blueprint website here.

A man of principles may never be glamorously rich, but I sure can confirm that die and resurrect in peace.

A Tesla wannabe? XPEV debuts another version of its P7 sedan